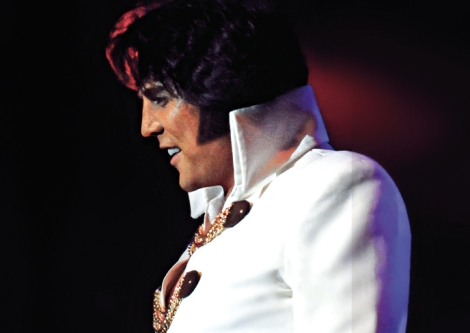 Dean Z, the winner of Elvis Presley Enterprise’s Ultimate Elvis Tribute Artist Contest 2013, has been added to the line-up of Elvis World Tour – which comes to Birmingham’s Symphony Hall on 14 November 2017.

Taking on the role of the younger Elvis, Dean Z joins fellow Elvis performer Shawn Klush (the later Elvis) for the ultimate celebration of The King’s continuing legacy.

Shawn and Dean are joined by Elvis’ own backing singers, The Sweet Inspirations, who toured with Presley from 1969-1977, featuring in concert movies That’s The Way It Is and Elvis On Tour, and the TV special Aloha From Hawaii.

As a member of The Sweet Inspirations, Estelle Brown, 71, performed over a thousand live shows with Elvis. Discussing the Elvis World Tour, she said: “Working with Elvis was indescribable. It was absolutely fantastic and he was the perfect gentleman. He was just a humble guy, a really wonderful person. We used to say ‘hey boss, hey boss’ but he’d say ‘I’m not your boss, I’m your brother’. That’s how he was; we became a family. Just as people loved Elvis, Elvis loved people. He was a real people person. That was his life.

For more information on this B’ham show, including interview and image requests, contact us: