Newton Faulkner and Bruce Foxton’s From The Jam added to festival line-up.

Newton Faulkner and From The Jam are among the latest line-up additions announced for the 55th Towersey Festival (23-26 August 2019, Oxfordshire).

The festival has also revealed the artists booked for the very special tribute concert dedicated to the memory of the late folk singer and activist Roy Bailey. These include Tom Robinson, Martin Simpson, Andy Cutting and John Kirkpatrick.

Having previously visited the festival in 2017, Newton Faulkner’s return coincides with the release of his new album The Best Of … So Far, which spans the acclaimed guitarist’s career.

Since releasing his debut album, 2007’s Hand Built By Robots, Faulkner has sold over 1.5 million records and amassed 180 million streams, making him one of the millennium’s most successful UK singer-songwriters. Increasingly in demand, he recently returned to the stage to perform The Sung Thoughts of the Journalist in Jeff Wayne’s spectacular The War Of The Worlds UK Arena tour.

From The Jam’s Bruce Foxton by Derek D’Souza

Featuring The Jam’s legendary bass player Bruce Foxton, From The Jam have played almost 1,000 headline shows in the UK since their inception in 2007. Throughout their time, they’ve consistently delivered the kind of incendiary live performances that sealed the reputation of The Jam all those years ago.

Their visit to Towersey will see the band delve into their powerful catalogue, which includes such hits as Eton Rifles, Town Called Malice, Start, Down In The Tube Station At Midnight, Going Underground, and more.

Both Newton and From The Jam top off the festival’s Saturday night bill (24 August 2019). 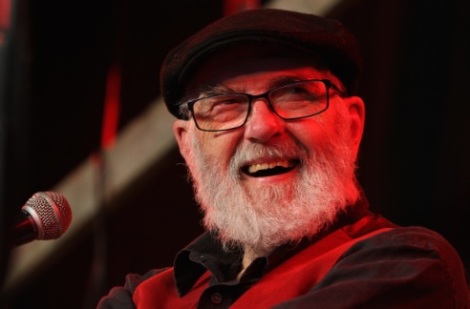 Roy Bailey on stage at Towersey Festival 2018, by Phil Sofer

Roy Bailey, who passed away in November aged 83, was a key figure in the foundation of Towersey and performed at the very first festival, way back in 1965. Later a patron, he appeared more times at the event than any other artist, with his much-loved Monday afternoon shows always packed to capacity.

In honour of his countless achievements, both on and off stage, as well as his long-running association with the festival, Towersey presents Roy Remembered: A Celebration of the Life and Times of Roy Bailey, on Monday 26 August 2019.

An afternoon of music, stories and collaborations, the concert features an A-Z of friends and associates, all of whom worked closely with Roy over the years. Among those appearing are songwriter and BBC 6Music presenter Tom Robinson, Martin Simpson, Andy Cutting, John Kirkpatrick, The Wilson Family, Boff Whalley (Chumbawamba), Stephen Taberner (The Spooky Men’s Chorale), Ray Hearne, Kit and Max Bailey, Nancy Kerr, James Fagan, and Marc Block. With host Steve Heap, they’ll be sharing their memories and performing choice songs from Roy’s vast repertoire.

Towersey Festival Director Joe Heap said: “From The Jam are undoubtedly one of the best live acts in the UK right now, their shows have such energy, while it’s fantastic to welcome Newton to Towersey again. We’ve had loads of requests to get him back since he last appeared, so we know people are really looking forward to seeing him.”

Discussing the special one-off tribute show, Joe added: “Roy’s afternoon concerts were an utter joy – warm, funny, poignant. We miss him greatly, but hope everyone will join us in celebrating the great man’s life on August Bank Holiday Monday – it’s going to be an unforgettable event with some truly fantastic guests.

“He helped shape Towersey, from the very beginning, and his influence and beliefs remain very much with us today.”

For full-line up of all acts, see festival website: www.towerseyfestival.com

For all press and media enquiries relating to Towersey Festival, including image and interview requests, please contact us using the form below.